Marco Van Basten is regarded as possibly the best Dutch player of all time. 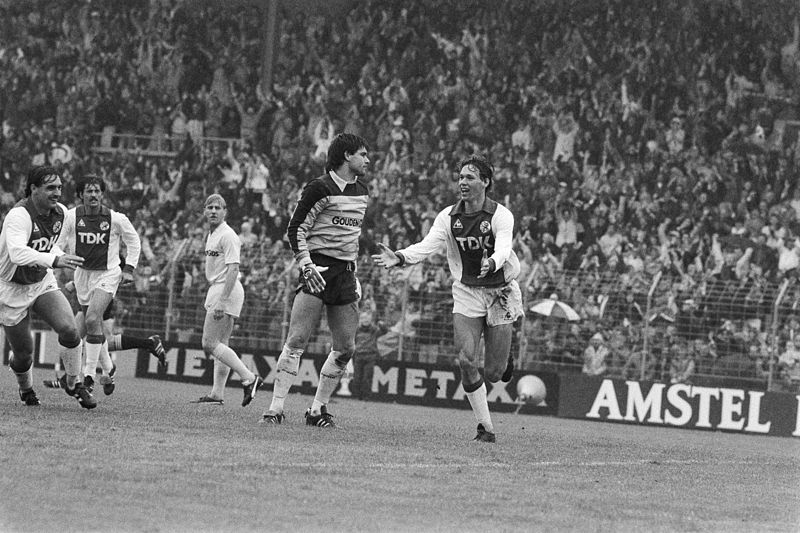 Van Basten celebrates his goal for Ajax against Feyenoord in 1983

Marco Van Basten is regarded as possibly the best Dutch player of all time.

Van Basten led the Dutch team to the European Football Championship in 1988, when he was voted best player of the competition.

Unfortunately, due to injury, Marco Van Basten played his last game at the age of 28. Despite that, Van Basten scored 328 goals in 452 official games, a beautiful ratio for a forward.