Zinedine Yazid Zidane, nicknamed “Zizou” is one of the players who has won everything. 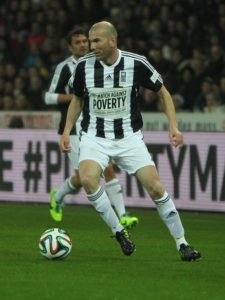 Zidane’s achievements also include winning the UEFA European Football Championship in 2000 and reaching the final of the World Cup in 2006. He is, with Pelé, Vava and Paul Breitner, one of the only players to score goals during two different World Cup finals.