Seen by many as one of, or simply the best, player to have played in the Premier League, Henry is considered one of the best strikers of his generation. 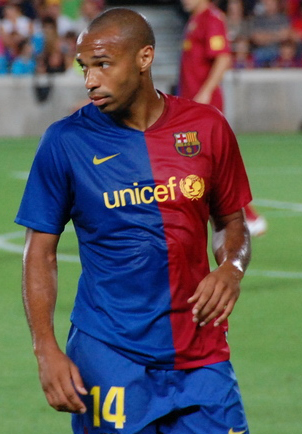 With players like Dennis Bergkamp, Patrick Viera and Henry, Arsenal became, in 2004, the first team in more than a century to go through the entire domestic league season unbeaten.

Henry became the first ever French player to play in four World Cups, winning the competition in 1998 and the European Championship in 2000. He also broke the goal scoring record for France (51) and became the second most capped rench player (123) behind Thuram.

Despite his magnificent success with Arsenal and France, Henry was, incredibly, never awarded the Ballon d’Or, coming second and third in 2003 and 2006 respectively.