Romário de Souza Faria, best known as Romário, is considered as one of the top forwards in the history of Brazil. 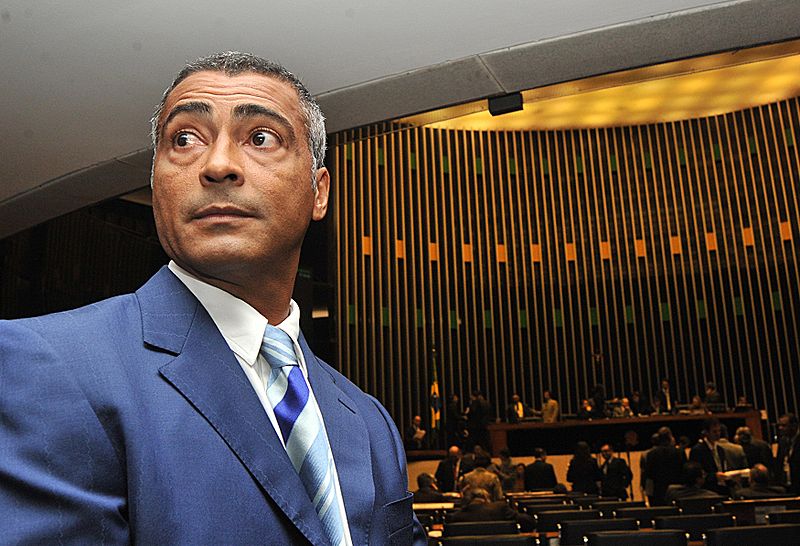 Romário in the Chamber of Deputies of Brazil.

Due to his provocative nature he missed many opportunities to play for the Brazil national team, but nevertheless Romário had a great career beginning with Vasco da Gama. In 194 games with the black and white, O Baixinho (“The small guy”) scored 124 goals.

This incredible striker continued his goal harvest in Europe with PSV, scoring 98 goals in 109 games and winning five titles in 6 years and then playing for Barcelona before returning to Brazil.

At the peak of his career, Romario scored a ratio of 0.9 goal/game.

According to Brazilian criteria, he surpassed 1,000 goals during his career (1002 goals).