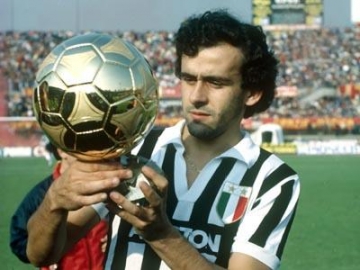 Probably one of the most skilful players of all time, Michel Platini led the French national team to the semi-finals of the World Cup in 1982 and 1986 and to victory in the European Championship in 1984.

After playing for Nancy and St Etienne where he won the French Championnat in 1980-81, it was with Juventus in Italy that he obtained his greatest successes in club football.

According to the all-time ranking published in 2009, Michel Platini was elected by fans best Bianconero of all time.

Platini is the first footballer to win the Ballon d’Or three times in a row (1983, 1984 and 1985) and was selected for the FIFA World Team of the XX Century.