For some, Messi is the best player in football history. What is not in doubt is that he regularly performs feats other players cannot do, partly thanks to a lower centre of gravity. 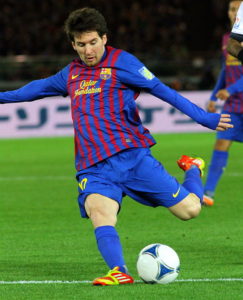 It is his vision of the game and his footballing genius which differentiates Messi.

Despite all his achievements, he still lacks a World Cup with Argentina (losing finalist in 2014).