During his distinguished career, Didier Deschamps played as a midfielder for Nantes, Marseille, Juventus, Chelsea and Valencia and for the French national team. 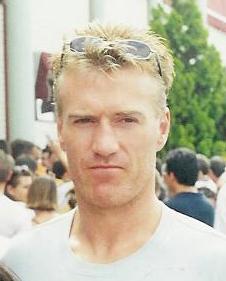 Best French player of 1996 according to France Football, Deschamps captained the French “Golden generation” to victories in the World Cup in France in 1998 and the 2000 European Championship. He set a new record of 52 games as French captain.